For 2018, I hope to read at least 52 books by the end of the year. This may seem like a low goal, so it may also come as a surprise to you that I’m a slow reader, considering how much I read. However, my undergraduate and graduate courses have helped me nail the novel-per-week schedule in the past, so I think 52 books is doable for me.

At the end of the month, as a response to each book, I plan to write mini-reviews. The reviews will consist of mainly what worked and links to the book. If you wish to discuss what didn’t work in the novel—or better yet, your own reading goals for the year—I’d encourage you to comment on this post.

Without further ado, here are the mini-reviews for this month. (Mild spoilers may follow.)

How could a dystopian junkie pass up The Salt Line? I couldn’t of course. Holly Goddard Jones had me at deadly ticks and outdoor excursions.

In the spirit of Station Eleven and California, award-winning novelist Holly Goddard Jones offers a literary spin on the dystopian genre with this gripping story of survival and humanity about a group of adrenaline junkies who jump “the Salt Line.”How far will they go for their freedom—once they decide what freedom really means?In an unspecified future, the United States’ borders have receded behind a salt line—a ring of scorched earth that protects its citizens from deadly disease-carrying ticks. Those within the zone live safe, if limited, lives in a society controlled by a common fear. Few have any reason to venture out of zone, except for the adrenaline junkies who pay a fortune to tour what’s left of nature. Those among the latest expedition include a popstar and his girlfriend, Edie; the tech giant Wes; and Marta; a seemingly simple housewife. Once out of zone, the group find themselves at the mercy of deadly ticks—and at the center of a murderous plot. They become captives in Ruby City, a community made up of outer-zone survivors determined to protect their hardscrabble existence. As alliances and friendships shift amongst the hostages, Edie, Wes, and Marta must decide how far they are willing to go to get to the right side of the salt line.

Who should read The Salt Line:

Seeing the title Idaho on a book jacket while walking around my local Barnes & Noble piqued my interest immediately. I know little about the state and jumped at the chance to see it portrayed in fiction. Emily Ruskovich doesn’t disappoint with this interesting novel.

A stunning debut novel about love and forgiveness, about the violence of memory and the equal violence of its loss—from O. Henry Prize–winning author Emily Ruskovich

Ann and Wade have carved out a life for themselves from a rugged landscape in northern Idaho, where they are bound together by more than love. With her husband’s memory fading, Ann attempts to piece together the truth of what happened to Wade’s first wife, Jenny, and to their daughters. In a story written in exquisite prose and told from multiple perspectives—including Ann, Wade, and Jenny, now in prison—we gradually learn of the mysterious and shocking act that fractured Wade and Jenny’s lives, of the love and compassion that brought Ann and Wade together, and of the memories that reverberate through the lives of every character in Idaho.

In a wild emotional and physical landscape, Wade’s past becomes the center of Ann’s imagination, as Ann becomes determined to understand the family she never knew—and to take responsibility for them, reassembling their lives, and her own.

Who should read Idaho:

I’m always looking to read another Two Dollar Radio book after first falling in love with The Gloaming by Melanie Finn. I bought Hanif Willis-Abdurraqib‘s collection of essays, They Can’t Kill Us Until They Kill Us, from the small press. Abdurraqib is a genius writer from my home state of Ohio and his essay collection is arguably one of the most important essay collections ever written—especially when considering the political climate of recent years.

In an age of confusion, fear, and loss, Hanif Abdurraqib’s is a voice that matters. Whether he’s attending a Bruce Springsteen concert the day after visiting Michael Brown’s grave, or discussing public displays of affection at a Carly Rae Jepsen show, he writes with a poignancy and magnetism that resonates profoundly.

In the wake of the nightclub attacks in Paris, he recalls how he sought refuge as a teenager in music, at shows, and wonders whether the next generation of young Muslims will not be afforded that opportunity now. While discussing the everyday threat to the lives of black Americans, Abdurraqib recounts the first time he was ordered to the ground by police officers: for attempting to enter his own car.

In essays that have been published by the New York Times, MTV, and Pitchfork, among others—along with original, previously unreleased essays—Abdurraqib uses music and culture as a lens through which to view our world, so that we might better understand ourselves, and in so doing proves himself a bellwether for our times.

Who should read They Can’t Kill Us Until They Kill Us: 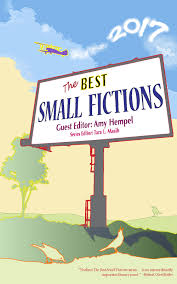 Much of my own published writing is flash fiction, so it only makes sense for me to read and learn from some of the best writers in the field. I practically vibrated with excitement when I cracked open The Best Small Fictions 2017 and began to read. This series underwent major changes this past year and it’s great to know that editor Tara L. Masih and team fought so hard to make sure it continued.

Who should read The Best Small Fictions 2017: 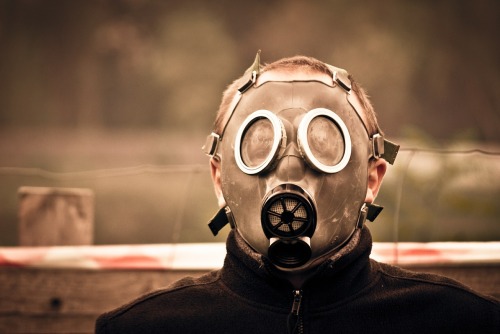 No, I’m not a cruel robot propagating the idea that humans should be subservient to machines (OR AM I?). Simply put, reading dystopian novels makes me happy. Before you judge me, hear me out.

END_OF_DOCUMENT_TOKEN_TO_BE_REPLACED

Many have heard of the genre versus literary fiction debate. It’s old news — not even news. So why should we still be interested in it?